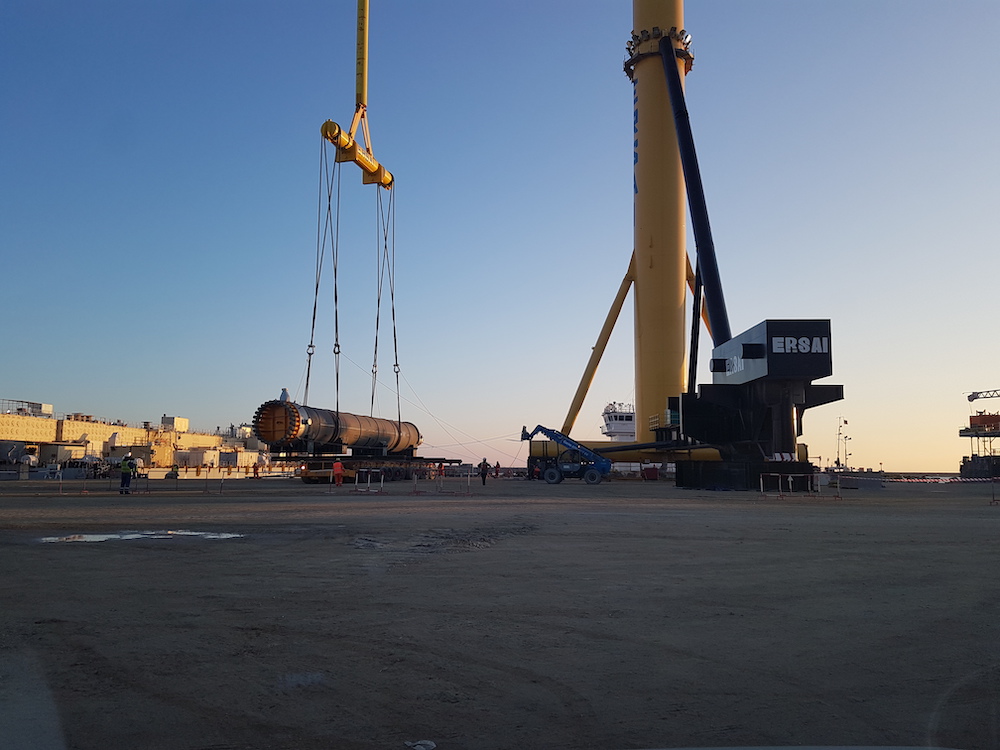 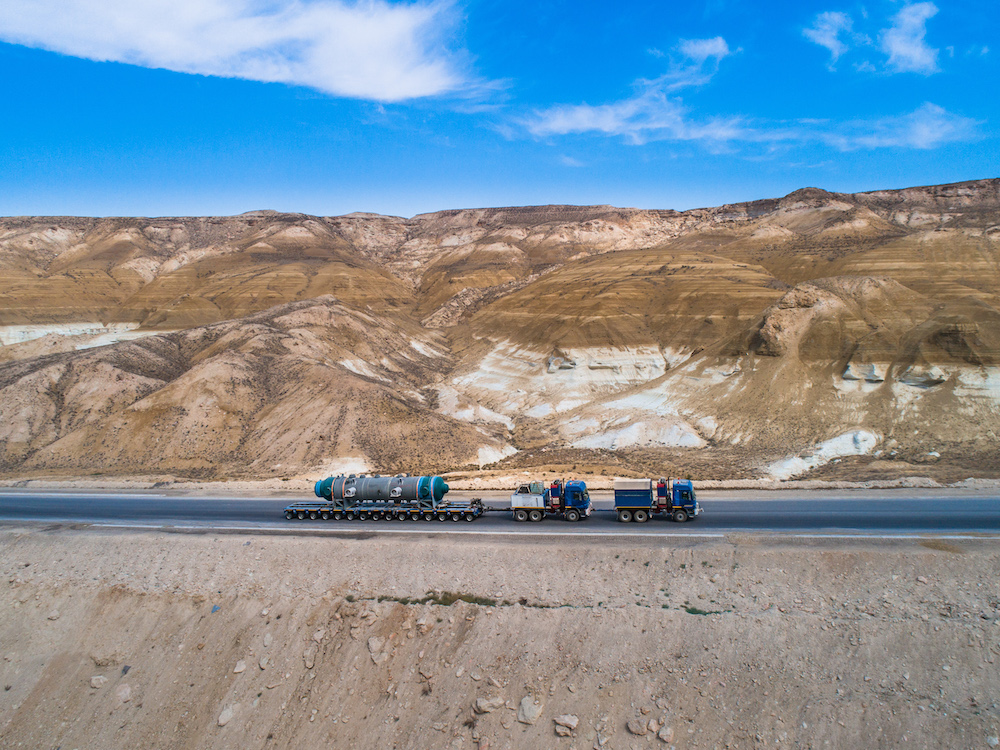 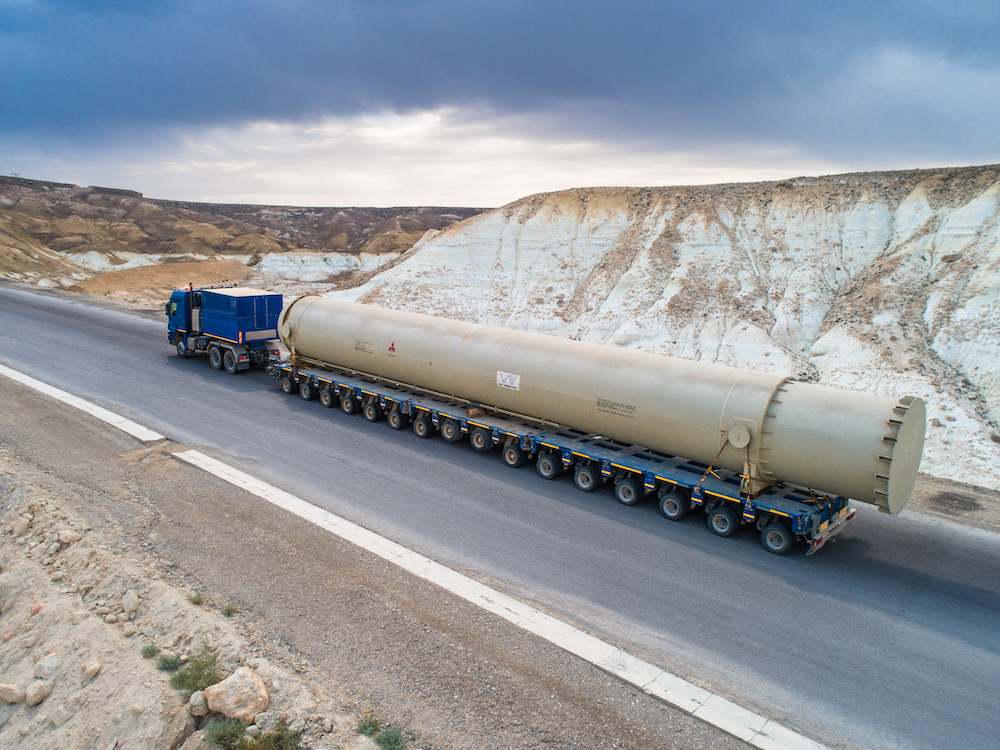 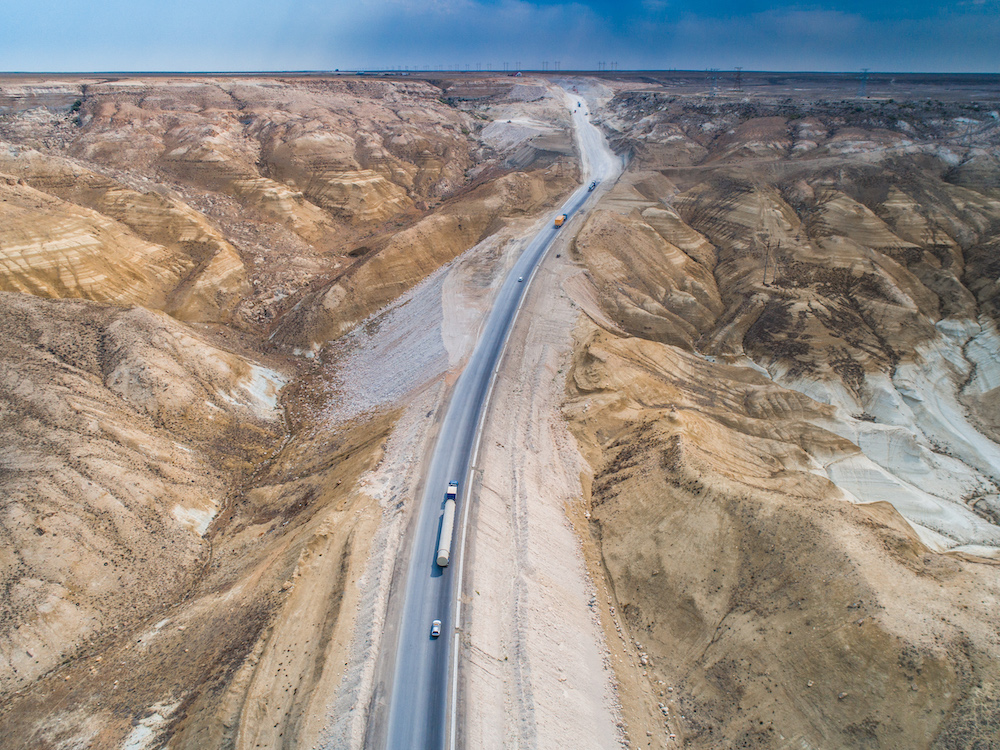 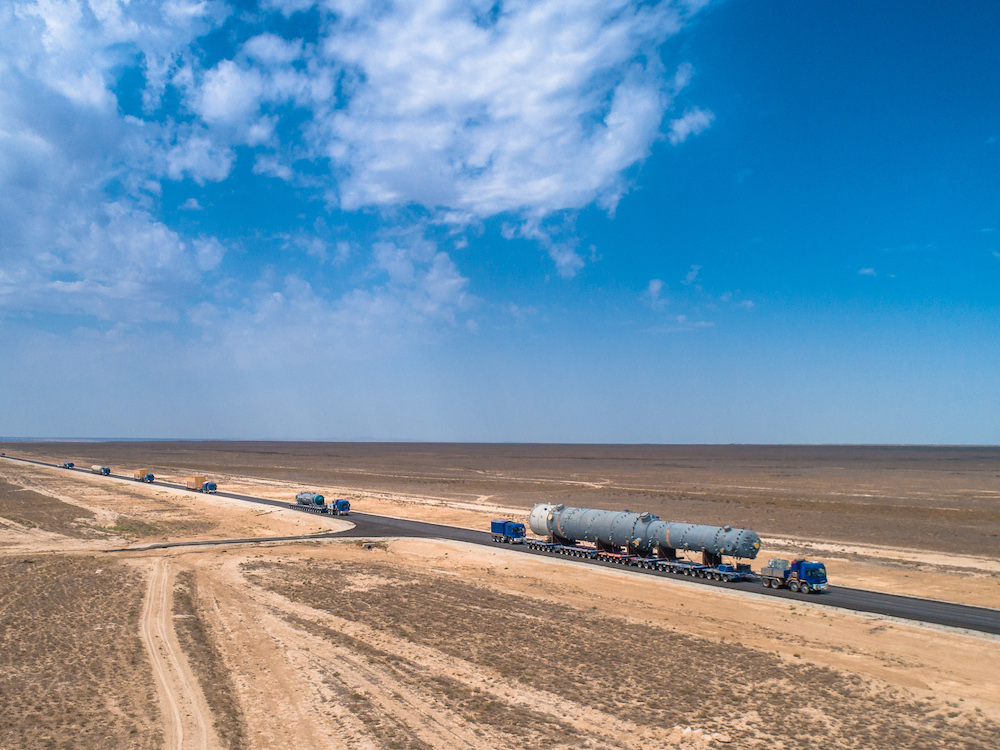 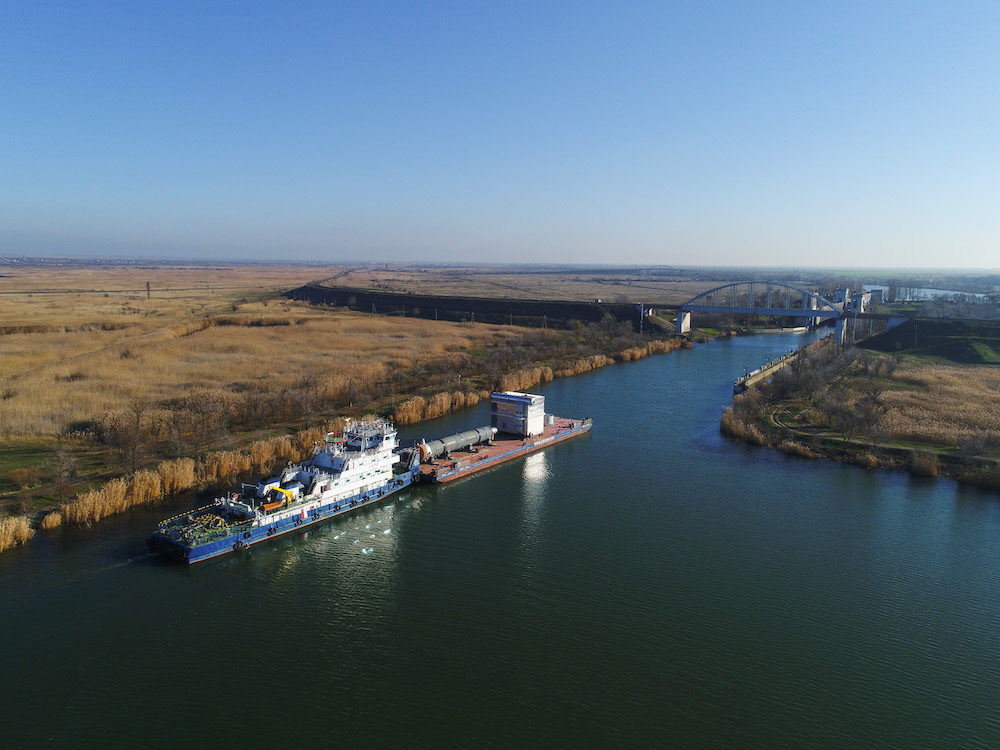 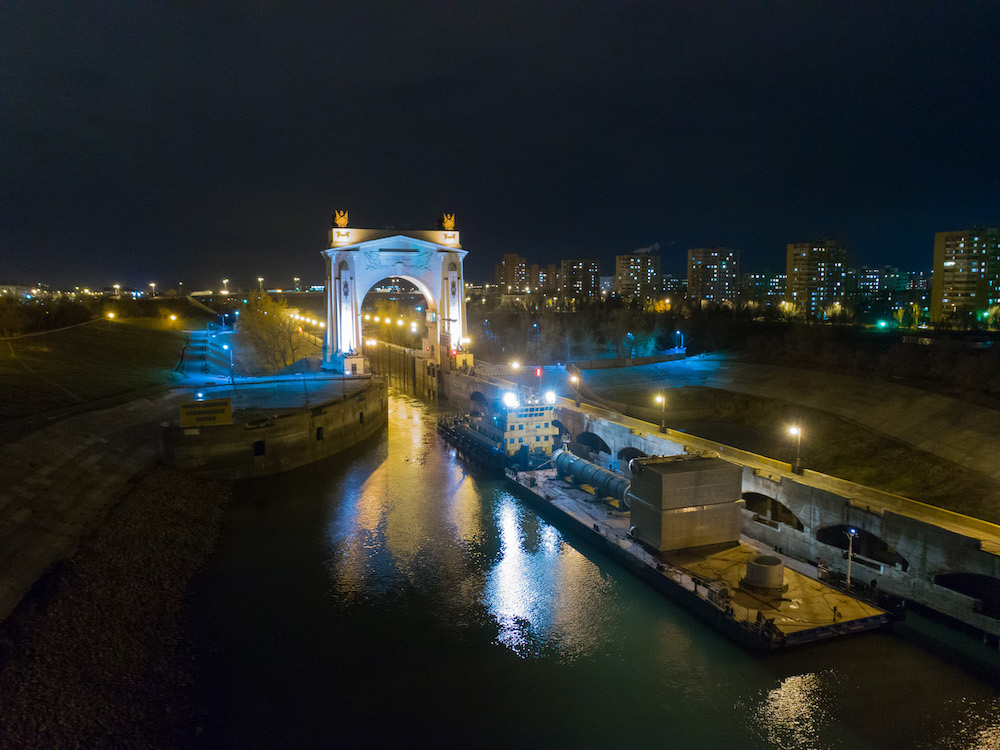 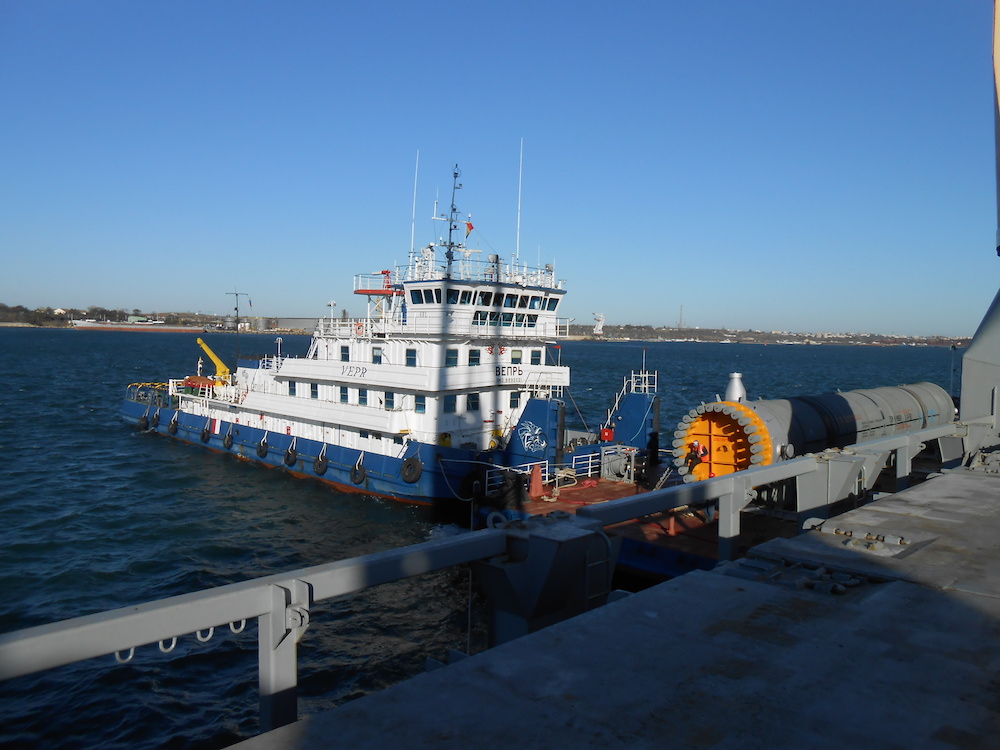 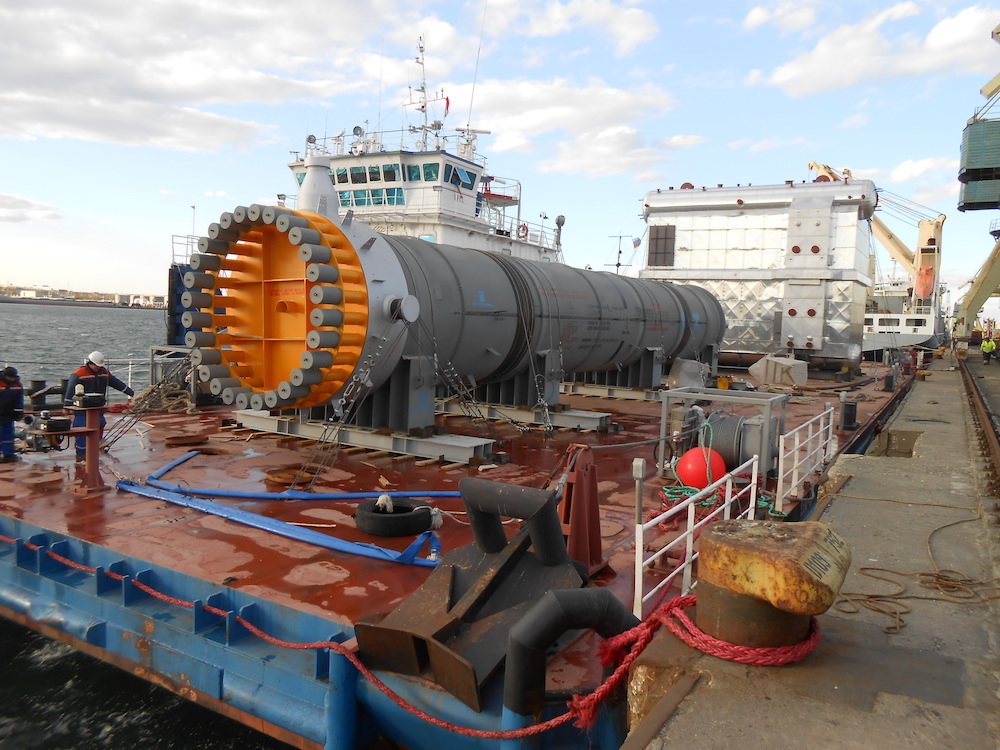 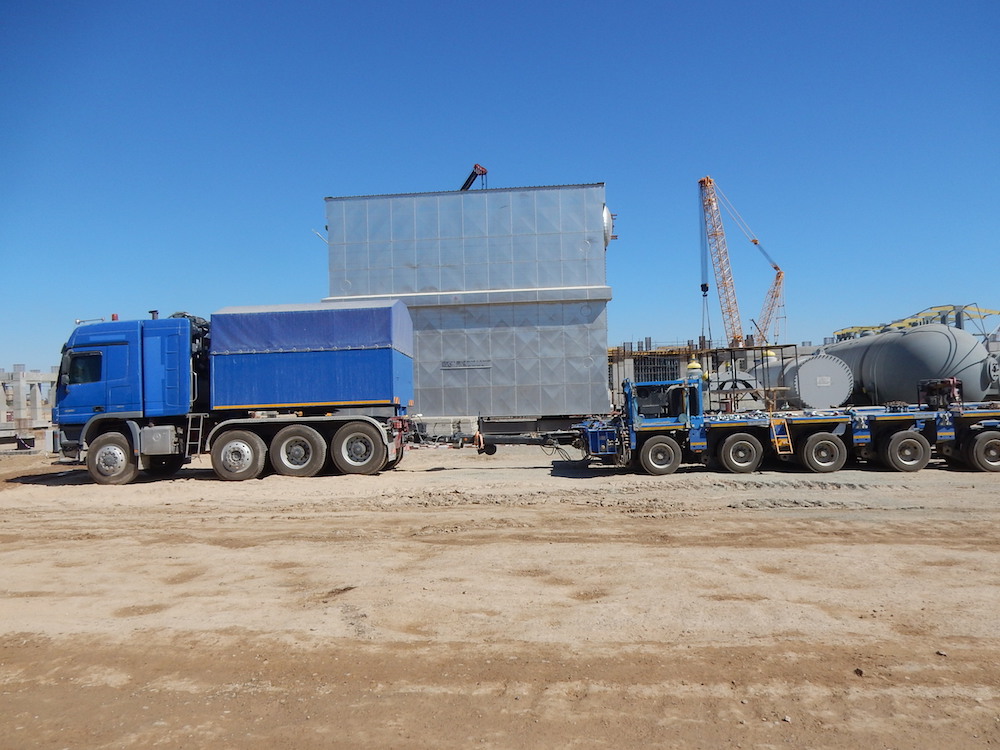 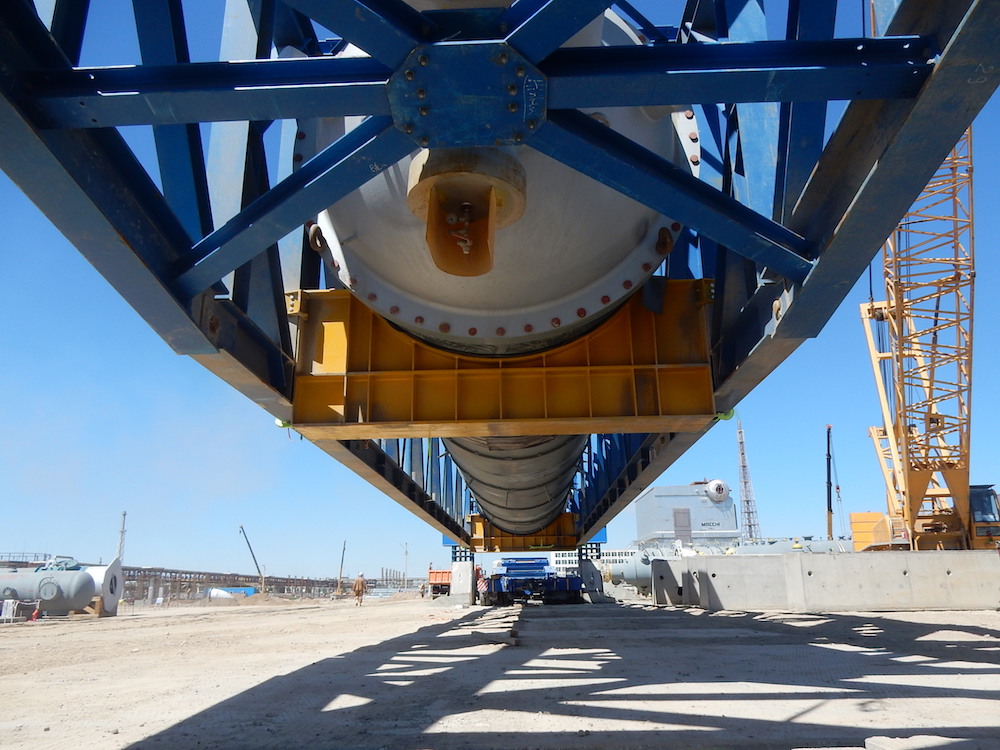 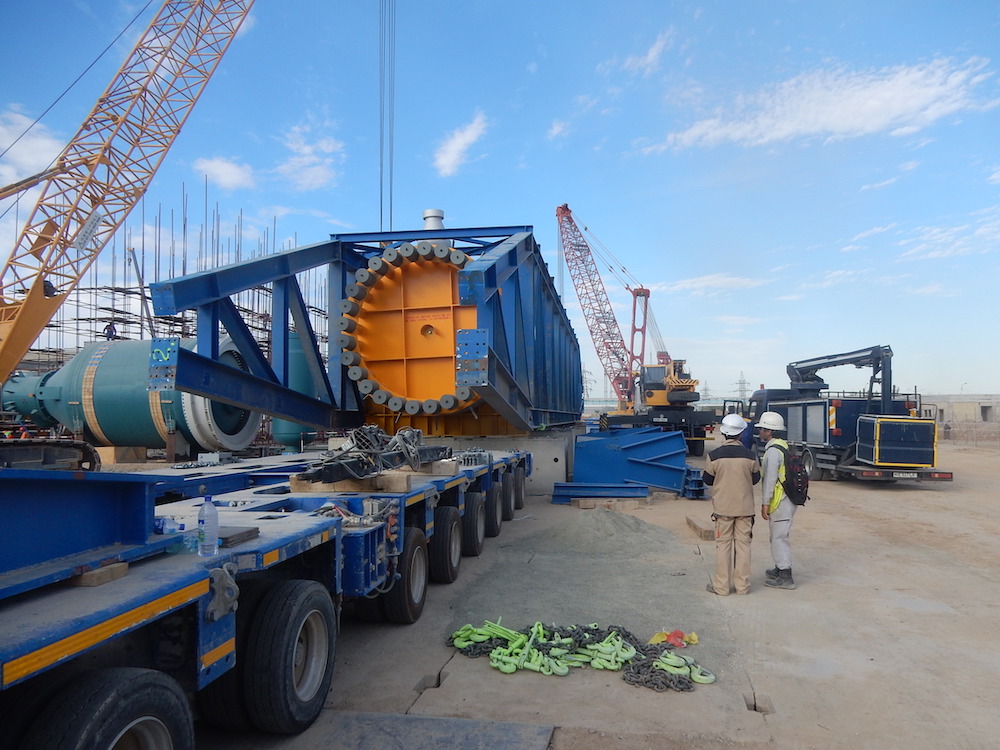 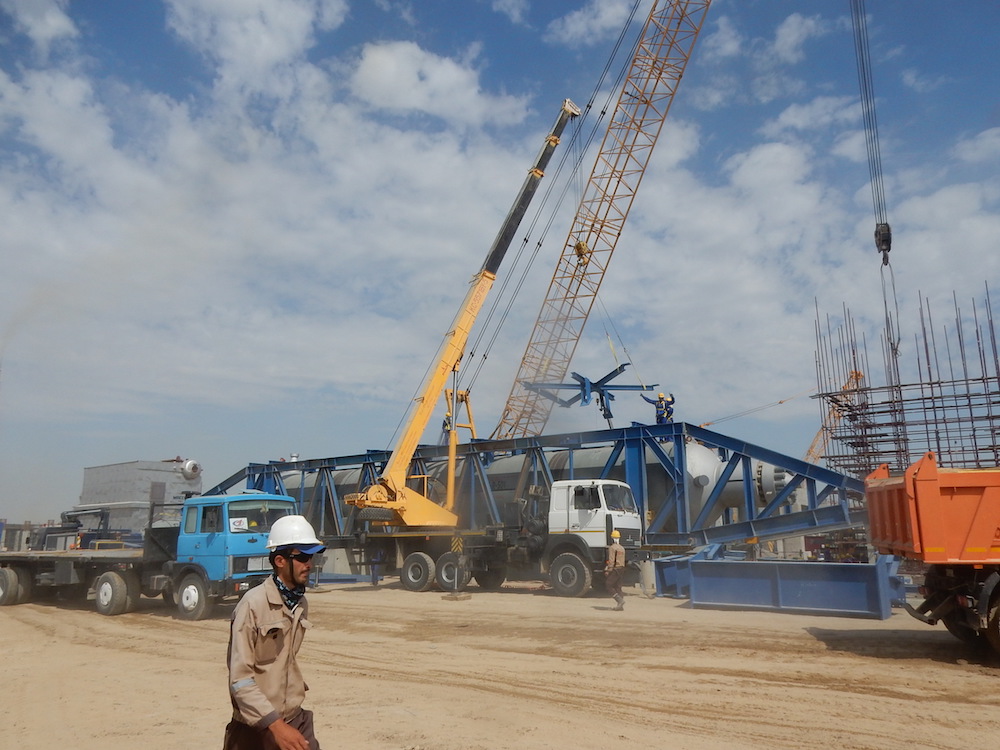 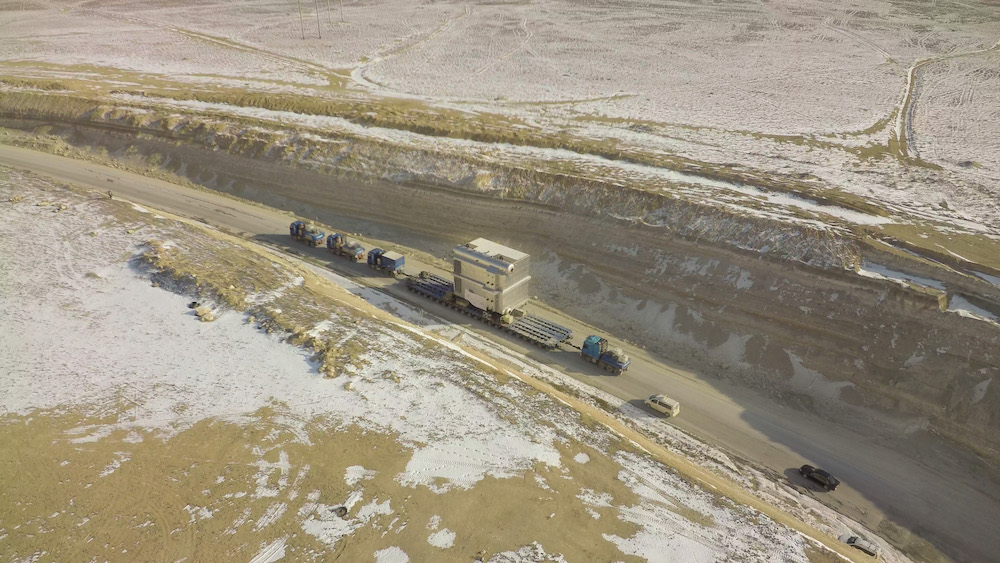 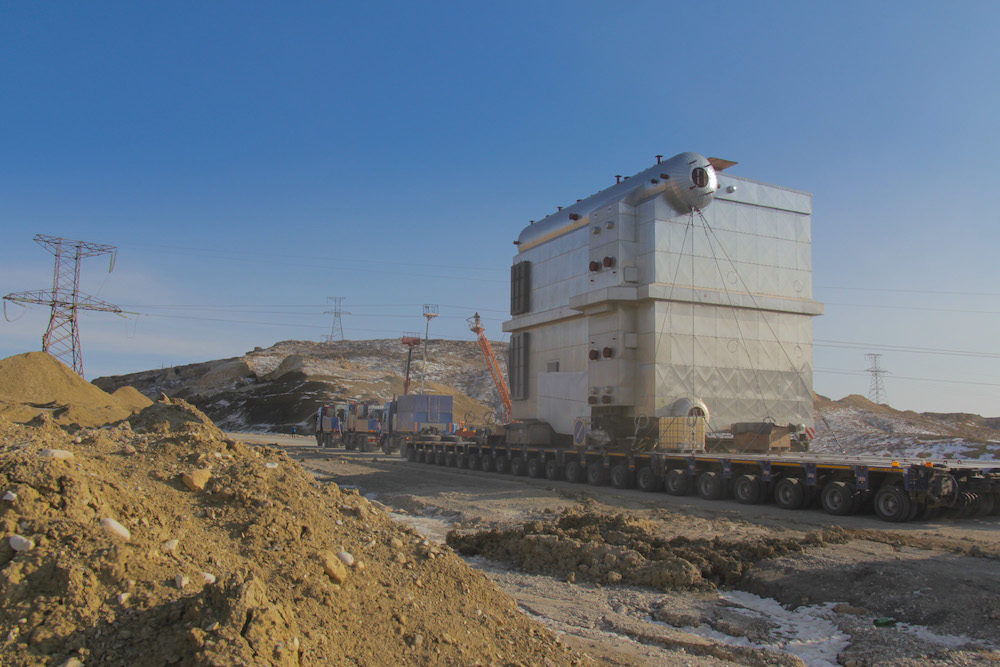 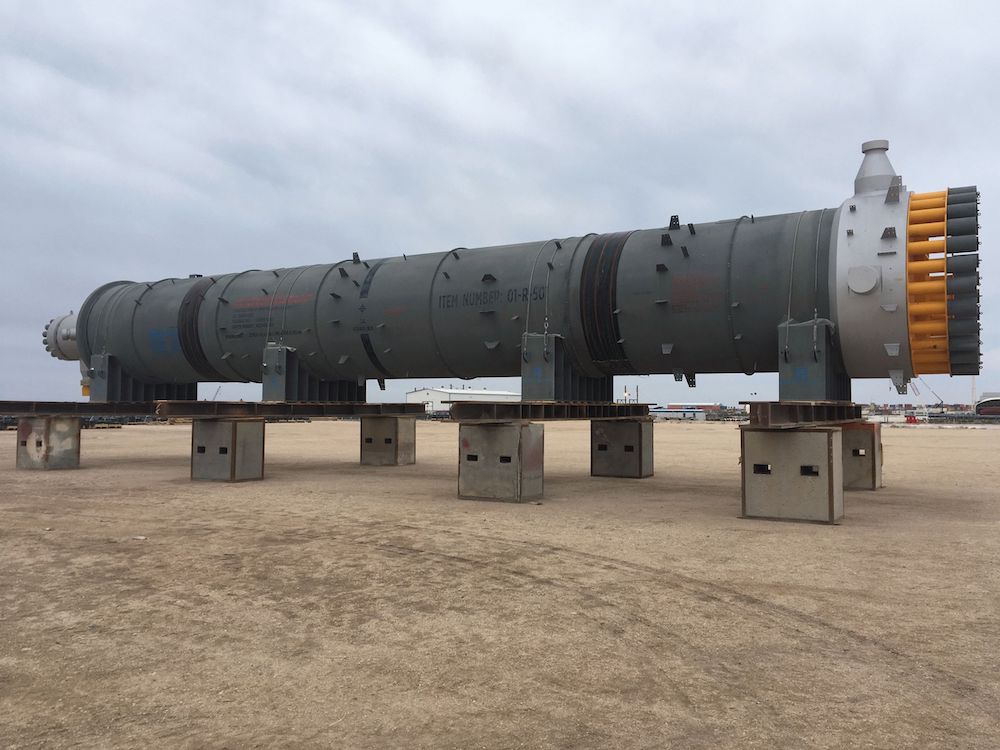 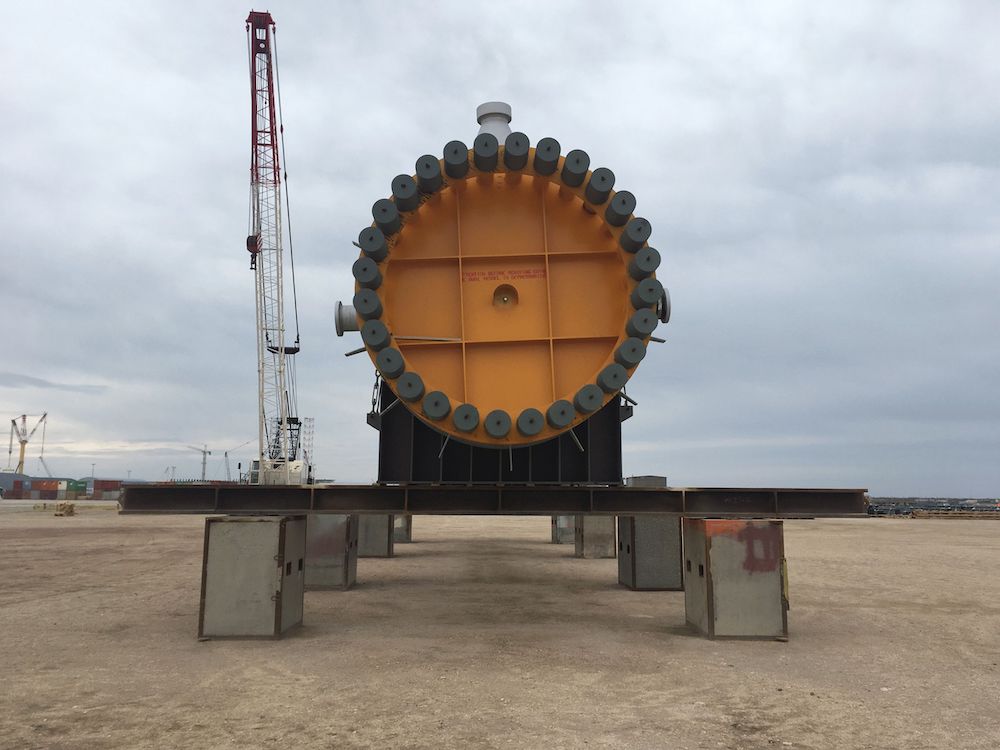 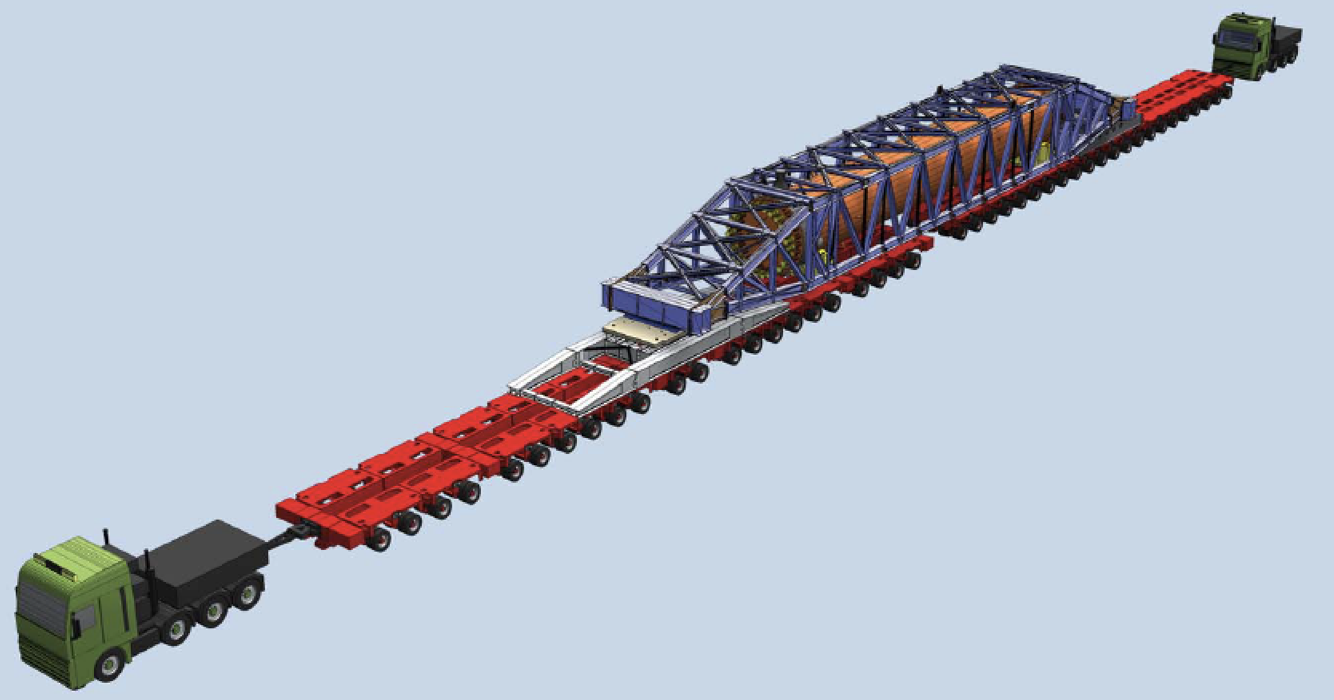 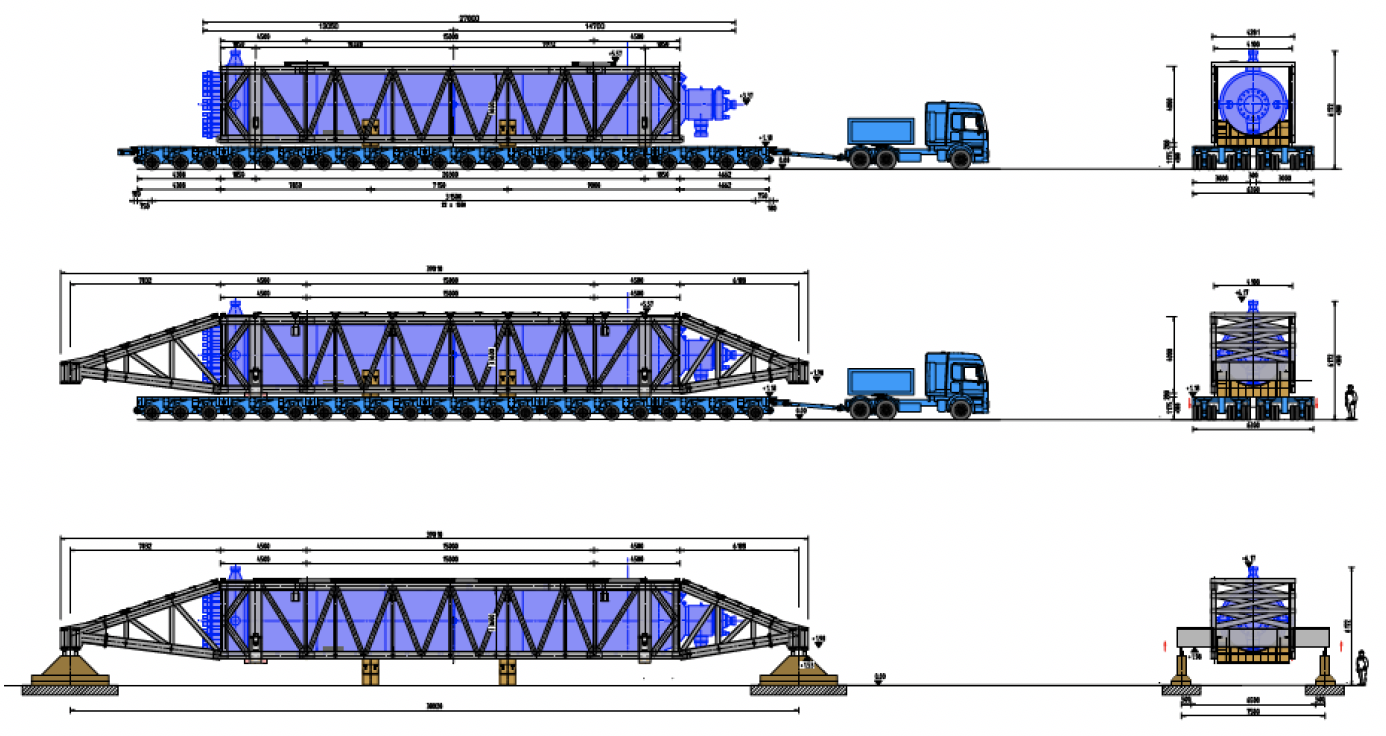 The company Barrus Projects completed the delivery of equipment for the complex under construction. Transportation began in September 2017 and lasted until the end of 2018. The total volume of the transported equipment amounted to 7,980 tons, 35,800 cubic meters.

The equipment from the ports of shipment was shipped by a crane ship to the port of Constanta, where the transshipment from the sea vessel to river-sea vessels and barges took place. Overloading of cargo was carried out according to the option “board-to-board”. Further, the equipment was delivered through the Volga-Don ship canal and the Caspian Sea to the port Kuryk, Kazakhstan.

Equipment was unloaded in Kuryk port at the quay ERSAI Caspian shipyard's production base using a 1 000-ton crane. After unloading and clearance of customs transit equipment was delivered by road from Kazakhstan to Uzbekistan to the construction site of NavoiAzot JSC.

The company Barrus Projects completed a set of works on the preparation of the route to bring the road infrastructure objects to a regulatory state:

Other types of work:

The most difficult from the point of view of the organization of transportation equipment was an ammonia synthesis column of 422 tons and an auxiliary boiler 12 meters high.

For the transportation of an auxiliary boiler due to the restriction of the altitude envelope under the railway the overpass was built by a 6.5 km long bypass road, and disengagement and dismantling of power lines was required on the way.

To ensure the possibility of transporting the ammonia synthesis column of 422 tons through bridge structures requiring the minimization of axial loads, the company's specialists used a transport scheme with two trailers along 22 axles and turn tables.

In view of the fact that the length of the casing of the ammonia synthesis column was insufficient to knead the load on two trailers, the engineers of the Barrus Projects was designed a special cargo-carrying frame using its own resources, in which the column for ammonia synthesis was placed during transportation.

Due to the increased requirements for structural strength, the construction of the frame was ordered and made in Germany at Thyssenkrupp plant after consultation with MHI and MC specialists, and then delivered and assembled in Kuryk, Kazakhstan.