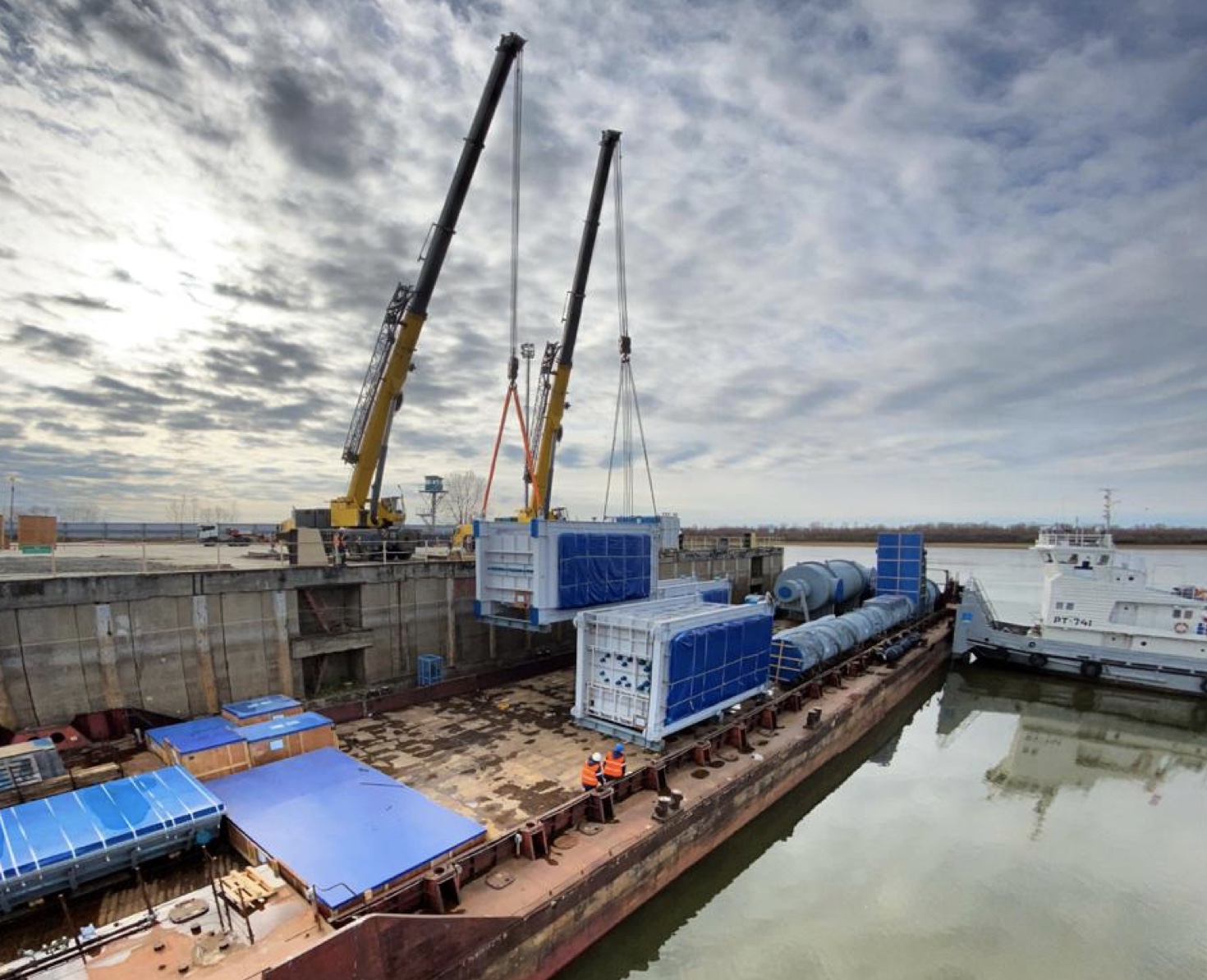 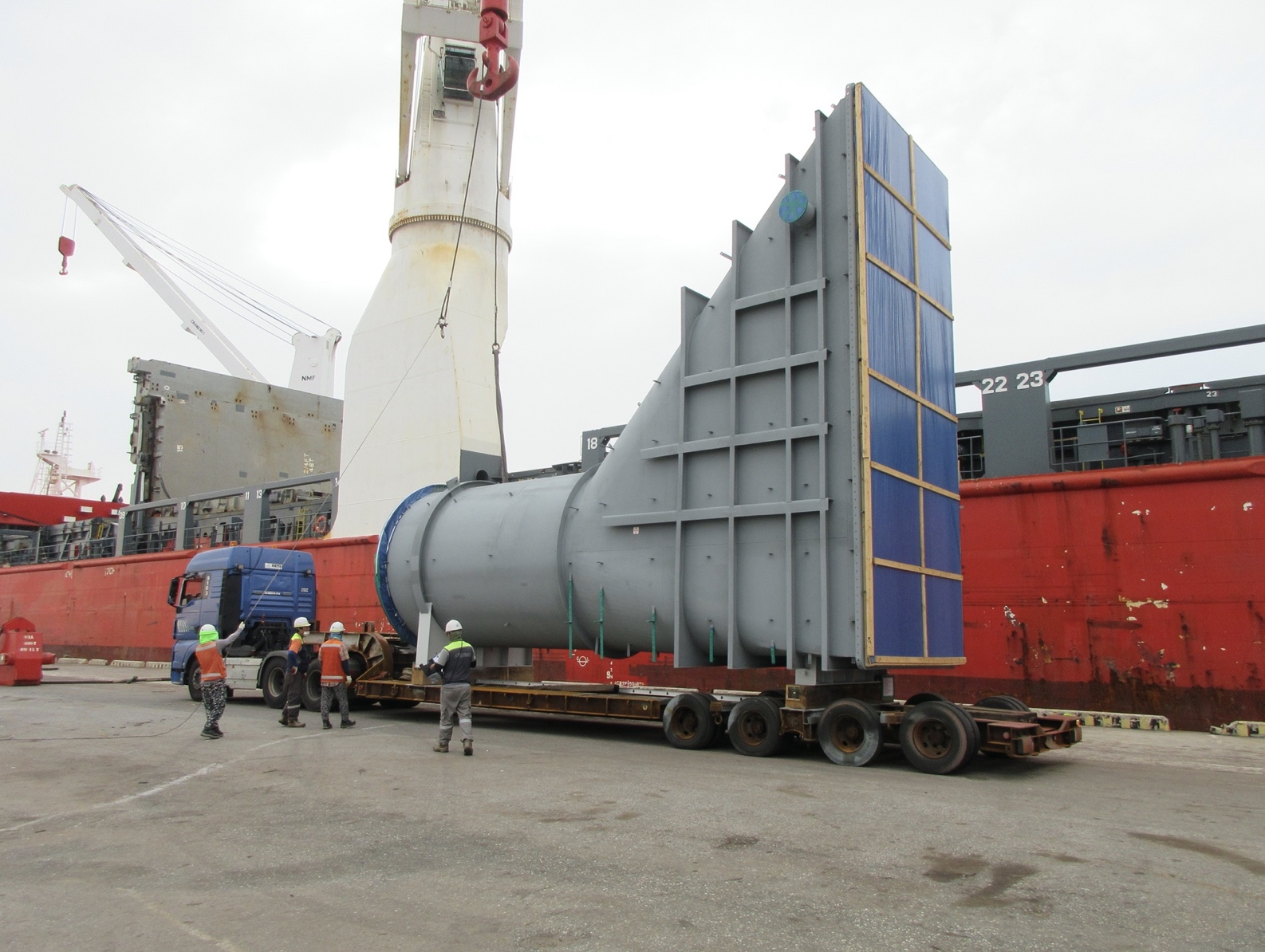 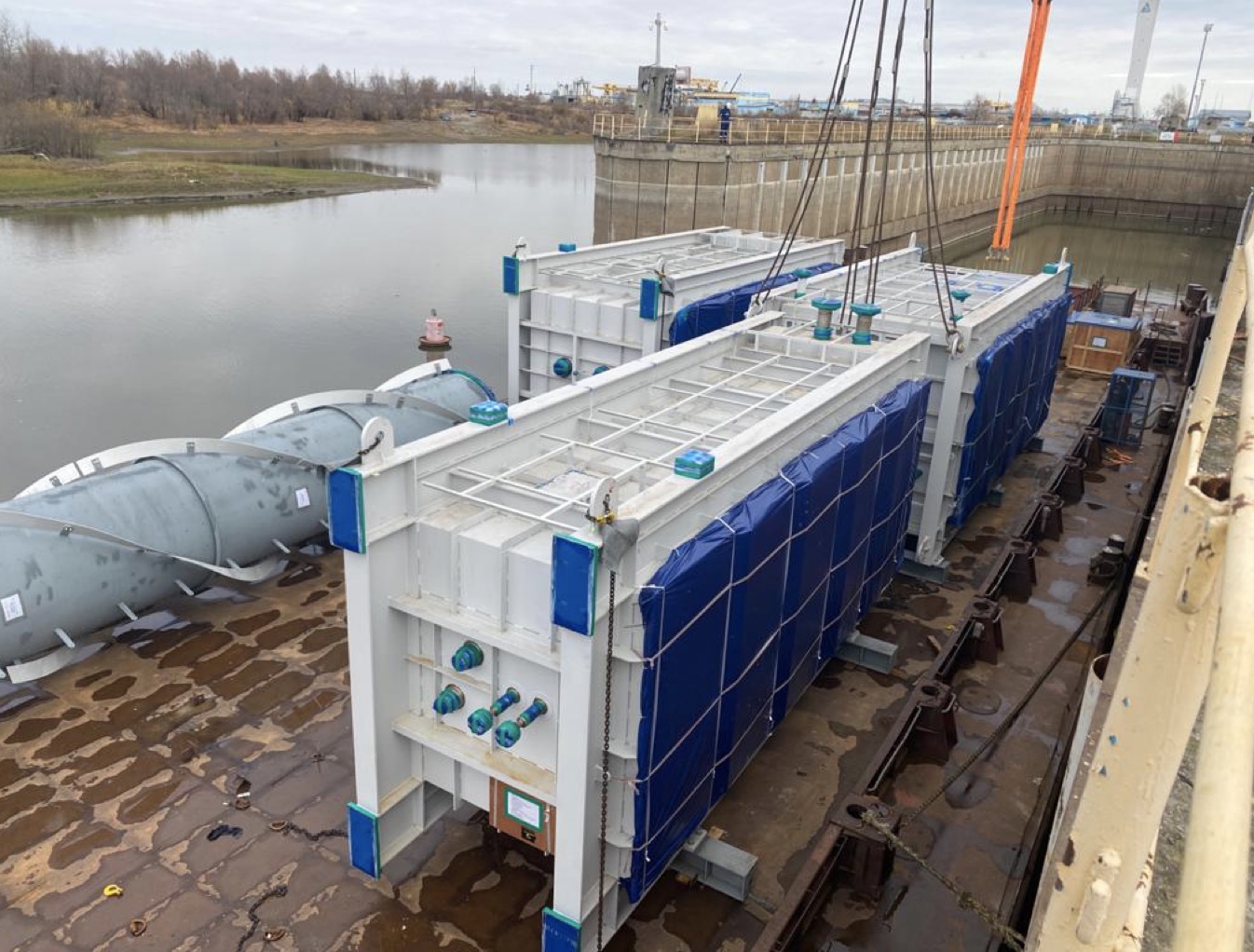 The second stage of oversized cargo transportation, high-pressure steam generation units, was completed as part of the creation of a new Maleic anhydride production plant with a capacity of 45 thousand tons per year at the site of the SIBUR Tobolsk.

The project was implemented by Barrus Projects. It included a full range of works for the oversized and heavy cargo transportation from the Korean seaports of Kunsan and Ulsan to Tobolsk, Russia.

Weight and dimension characteristics of the main ODCs:

The shipment was carried out in September, which complicated the process greatly because in the East China and Yellow seas region autumn is a typhoon season. The chartered ship could not reach the ports for a week due to weather conditions. There were two super typhoons on the way: Maysak and Haishen. At the epicenter of typhoons, the wind speed reached 55 m / s. The ship sailed several times from the typhoon and back to sea before access to the ports was open.

The most difficult and dangerous operation took place on the port of Sabetta roadstead. It was necessary to reload the ODC from the sea vessel to the barge in the open bay of the Kara Sea in bad weather conditions in late autumn.

Our team completed this operation in as short a time as possible, managed to carry out transshipment and securing of cargo on a barge before the next storm began in Sabetta.

Barrus Projects team completed the project of ODC transportation for SIBUR Tobolsk, consisting of two transport phases professionally and within the established time frame, despite all the difficulties caused by poor weather conditions.